by Aurélien Poirson-Atlan
Reading Time: 8 mins read
A A

SHOOT Magazine, announced that entries are now being accepted for the ninth Annual 2011 New Directors Search.

This is SHOOT’s ninth annual worldwide search to discover the best up-and-coming directors who, based on their initial work, show promise to soon make major positive contributions to advertising and/or entertainment in its traditional and emerging forms. This global search is conducted by SHOOT’s editorial staff with input from agency and studio creatives & heads of production, as well as production company heads and established directors. Entry forms and details can be found online at http://www.shootonline.com/go/search.

After the best work is chosen, SHOOT editors will compile the 2011 SHOOT New Directors Showcase Reel. The reel will be screened for an audience of over 400 agency and studio creative executives & heads of production, as well as production company heads. Finalists’ work will be seen by major decision-makers from Madison Avenue’s key advertising agencies to Hollywood’s top motion picture production companies and studios at SHOOT’s 2011 New Directors Showcase Event at the DGA Theatre in New York City, Tuesday May 10th, 2011, during CreativeWeekNYC in New York City. The New Directors Showcase Event will take place in the evening immediately following the daytime SHOOT Directors & Producers Symposium. The evening will include the screening of The New Directors Showcase Reel, a fresh exchange of ideas during the after-panel and after-party. SHOOT editors will interview all the 2011 Showcase directors for a special feature that will appear in SHOOT’s May 6th issue, interactive pdf version, SHOOT >e.dition, and on SHOOTonline.com, bringing worldwide attention to the work and the directors. Coverage of the May 10th New Directors Showcase gala event will appear in SHOOT in June and the showcase reel, including new director interviews will be posted on www.SHOOTonline.com to be viewed monthly by over 40,000 unique visitors who are the motion picture industry movers and shakers..

— SHOOT does not rank the finalists. Rather, all work in the Showcase is presented as equally outstanding examples within their categories. The categories include:

Entering SHOOT’s New Directors Showcase can be a big step towards being noticed by the companies that represent directors and the advertising agency creatives and commercial & entertainment producers that can hire directors.

« It was quite an honor to be selected to participate in the 2010 SHOOT New Directors Showcase. I am especially humbled to join the ranks of the super creative and innovative directors with whom I share this special honor. Being selected for the showcase affirmed for me the value of my determined effort to create work that’s not just « good enough », but better than anyone imagined. Thanks for the shot in the arm, SHOOT! » said Varda Hardy, LiveTribe Productions, 2010 New Directors Showcase Finalist

Jason & Matt Docter, DOCTER TWINS and 2008 New Director Showcase Finalists, with DUCK Studios, said « As directors, we are continually inspired by the imagination of our peers. SHOOT Magazine does a fantastic job of filling our brains with the most exciting, creative ideas of the day and it’s New Director’s Showcase is no exception. We were thrilled and honored to be included in such a highly talented event. It was almost like telling our Grandmother we had won an academy award… or two. »

2007 SHOOT New Directors Showcase finalist Nir Bashan said « I have read SHOOT magazine for many years, and being included in the 2007 New Director’s Showcase was truly an honor. SHOOT consistently has an eye out on fresh and exciting new talent, and this showcase does not disappoint. It is one of the finest new talent presentations in our business. »

Honored to be to be included with other new directors in the 2005 showcase, Harry Coociolo, 2005 New Director Honoree with Tool of North America said, « It’s always invigorating to see new work and exchange ideas. The showcase is an ideal opportunity for new directors, industry leaders and agency producers to come together for the first time. »

So you think you (or somebody you now) may have what it takes to be a hot New Director?

See the directors’ work that was honored for last years showcase event on SHOOT’s 2010 New Directors Web Reel. The helmers selected for the Showcase come from diverse backgrounds. Some first established themselves on the agency side of the business, while others were DPs, feature filmmakers or film students. One bond the directors share is great style and vision, whether it be reflected in comedy, visuals or storytelling. In the 2010 New Directors Web Reel, each director reveals how he or she got into the business, as well as his or her aspirations. Included are credits for the work that was screened on May 11th 2010 during SHOOT’s 8th Annual New Directors Showcase event at the DGA Theatre in NYC. Click http:nds.SHOOTonline.com to see last years New Directors Showcase 2010 Web Reel.

For the 9th Annual New Directors Search, Directors, their representatives, and yes, even friends can submit work for directors if the submitted work was completed during the 15 month qualification period (January 2010-March 2011) and meets all other entry criteria as outlined on the submission form. (excerpts from shorts, long form film or other entertainment fare must be NO MORE than 5 minutes in length) To be eligible to enter, directors must be directing professionally less than three years. The Entry Deadline is March 31, 2011. Entry fee is $85.00 for first piece of work, $35.00 each additional. Download entry form here: http://www.SHOOTonline.com/go/search.

Where To Send Entry

Important Note: Please send entry fee with high quality DVD version -AND- a web quality duplicate of the entry. Web version must be in QuickTime format at 320 x 240 and no more than 5 megabytes in size.

SHOOT Magazine is the leading publication for advertising agency, commercial and entertainment production & postproduction decision-makers. Covering news, great work, trends, creative techniques, applications and talent, SHOOT provides timely and relevant information including behind-the-scenes looks at the best new commercials, interactive work, branded content, music videos, features, etc., and the talented ad agency creatives & producers and commercial & entertainment industry executives and artisans behind the work. SHOOT also reports on the latest cinematography, post & editing technology and equipment. If the work involves advertising or entertainment content that consumers view on a screen–TV screen, Cinema screen, Computer screen, Mobile screen or Game screen, SHOOT is searching out who’s doing the most innovative work and what’s coming next. SHOOT provides insights from established filmmaking talent as well as giving its readers a heads-up on the up-and-comers, as reflected in our March and October Directors Issues. For over 50 years SHOOT has been chronicling commercialmaking from its infancy to maturation, providing historical contest and a mix of perspectives, showing where the industry has been in order to get a better handle on where it is and in what directions it is headed. SHOOT explores the advertising and entertainment crossover dynamic and integrated campaign strategies, providing an informed big-picture take on the business and the creative sides of advertising and entertainment while showcasing the best work–both prominent and obscure–and getting into the hearts, minds and creative spirit of the industry’s best and brightest executives and artisans in the client, agency creative, entertainment, production, post and music sectors. For further information, please visit www.SHOOTonline.com. 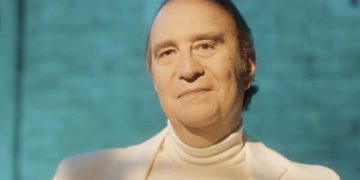