by Aurélien Poirson-Atlan
Reading Time: 10 mins read
A A 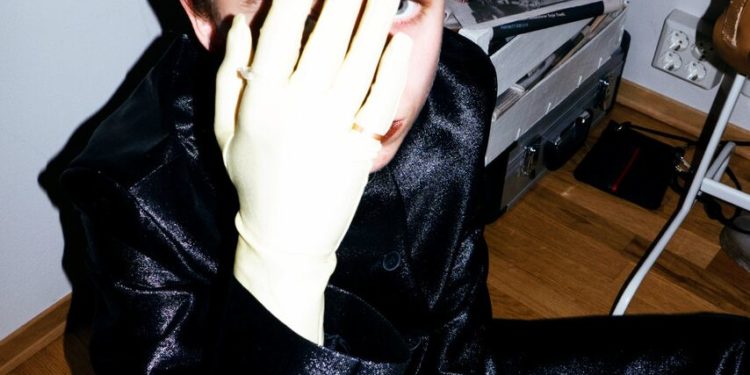 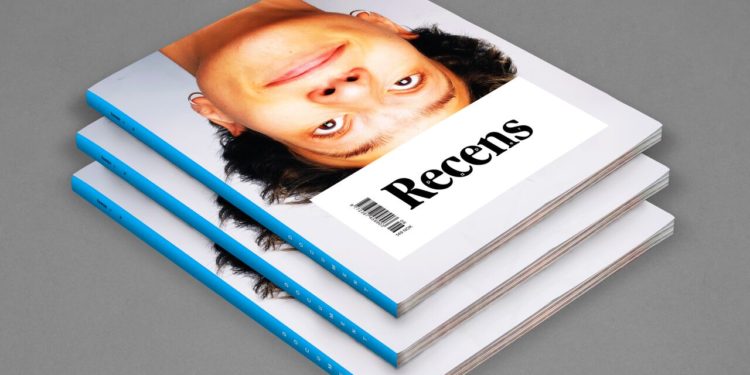 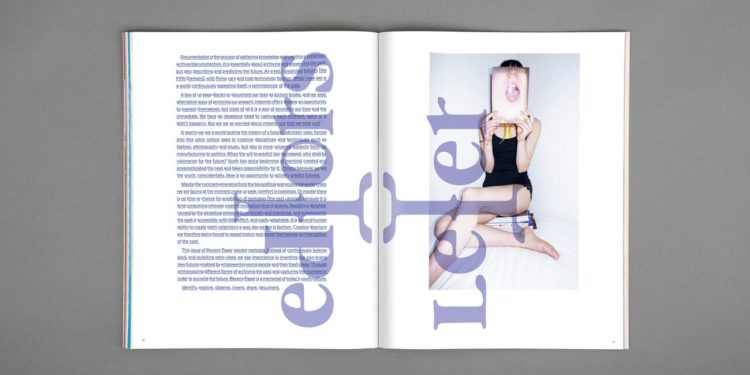 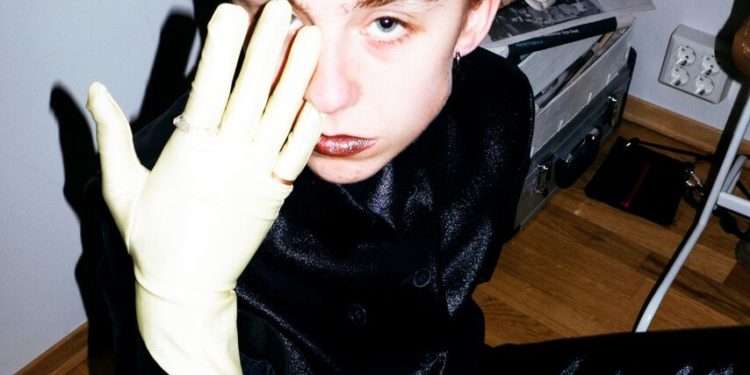 Elise By Olsen is only 17 years old. She runs from Oslo the most exciting magazine currently existing. And to be completely transparent, let us say we are very close to her. In our opinion, she is the future of fashion in the western world.
Together with her, we are exploring an infinite network of information in order to anticipate new realities. With her, we embrace life and reject “lifestyle”. We consider everything as an experience. We eliminate rules. Even our own rules. We know novelty is not a trend, but a value. We are not a collection of images, we are social relations between beings. We know style is control and ideas are freedom.
It was about time to introduce her to you in France, before the opportunist scumbags write her blank checks hoping to become relevant again. 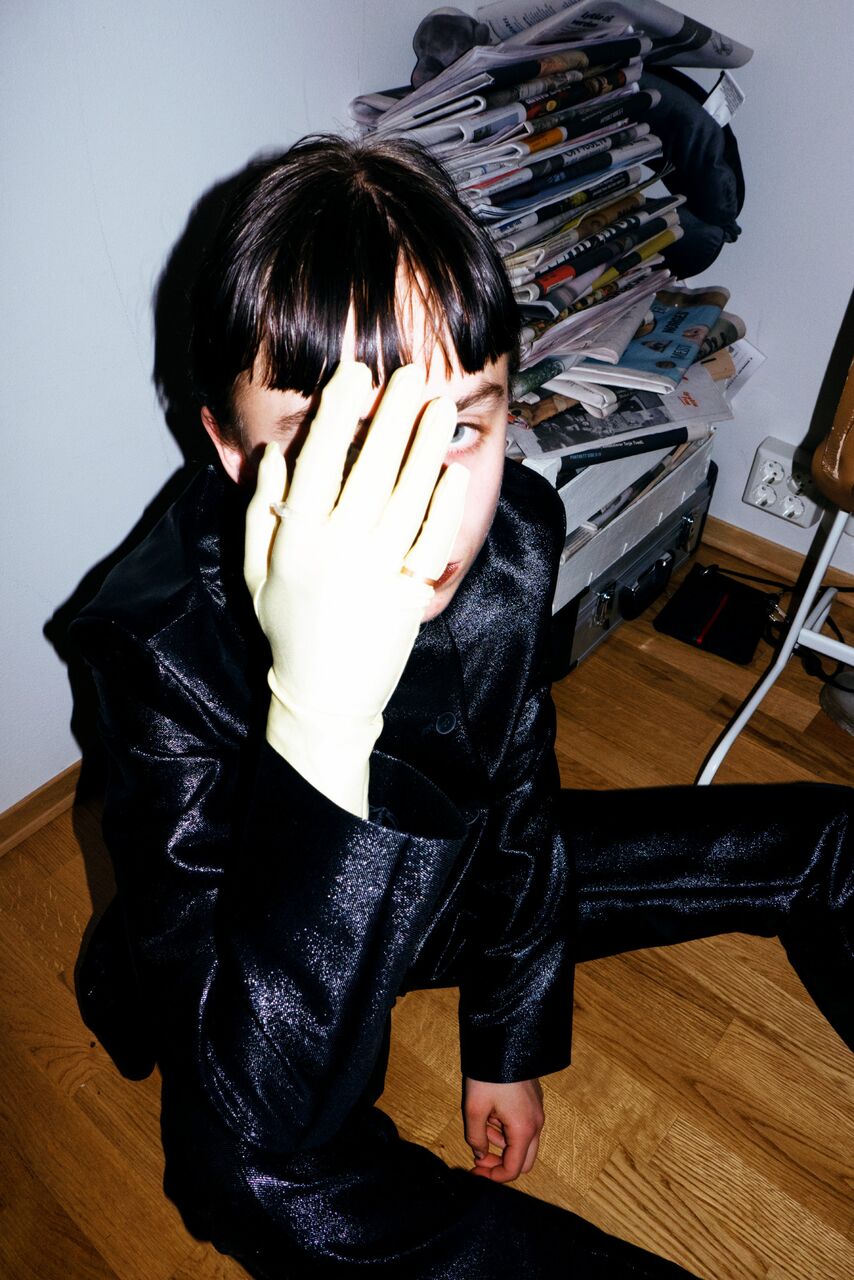 On discovering your work and above all your ideas, I sensed that we were very close in our creative experiences in spite of us not speaking the same language. For example, I have never understood why the creative industries do not have confidence in the young. Why should one be immediately discredited simply for being less than 20 years old? Youth’ is nothing but a marketing buzzword with which to sell things. As such, what does it mean for you to be young in 2017?
Here are the answers with our friend Elise By Olsen, the youngest editor-in-chief in the world, who is about to enter the record book, as her talent leaves the cultural world open-mouthed.

You have declared a very interesting thought on this subject: “We are working borderless and genderless, and now is also the time to work ageless” Could you say a little more about this?

I think we are moving towards a borderless and genderless utopia. Because the younger generation has been provided with a means of chatting and working together internationally online, we can work from anywhere. And in the times of political, ecological and economical crises like the ones we are going through now, community is key. We seek like-minded people and the feels of belonging online, through our very selected family online. Gender stereotypes are being washed out and replaced with a certain freedom. And with this in mind, I think it is important to work trans age, trans generations. Older people carry knowledge and experiences that younger don’t, and vice versa. Valuing and treating young creatives and bright minds as equal as everyone else, is extremely important. Everyone’s capability should be judged on their delivery and results, rather than age. This can be easily be put into action with consciousness and responsibility on the theme, from companies but also individuals, as such. It will benefit everyone. This is my mission; to spot and to recruit young talents and bring their work and their voices out in the world.

Before turning to speak about your new magazine, WALLET, I wanted to return to Recens Paper, a youth culture magazine in constant revolt against the fashion establishment and its stereotypes.
Saying this very modestly, we have been doing a similar thing for a number of years now with APAR.TV – do you think that we are therefore on the right path? Are we on the ‘good side’ of history?

Through Recens Paper we have aimed to challenge the fashion industry on a visual level, whereas the Wallet aims to challenge the fashion industry on a fundamental level. We have worked systematically against commercialism, beauty standards and gender stereotypes in the issues of Recens Paper, more concretely accomplished through no retouching, having a two centimeters wide «ad warning border» around the advertisement, striving for diverse casting. And yes, APAR.TV has flourished a lot of ideas for me, and proven that fashion criticism isn’t dead, but rather more important than ever.

If we speculate a little further into the future, tomorrow Recens Paper and Wallet will without a doubt replace Vogue (which is on the point of dying). Do you want therefore to become the next Anna Wintour, but a hundred years younger?

Recens Paper and Wallet will replace every commercial and glossy monthly magazines, not only Vogue, they are all dying – and that is a different story).

Anna Wintour is a veteran in the industry. To me, she represents an insatiable hunger for power, a person not acknowledging or justifying her own position. She isn’t leaving because she thinks she hasn’t had enough yet, that her moment hasn’t arrived yet. But as my friends at Fecal Matter said in an interview in the fifth issue of Recens Paper; «it’s something about understanding that your moment never event existed; it’s not your moment, it’s everyone’s moment». I wouldn’t like to become the next Anna Wintour, because at the end of the day, what I want isn’t authority, but visibility. 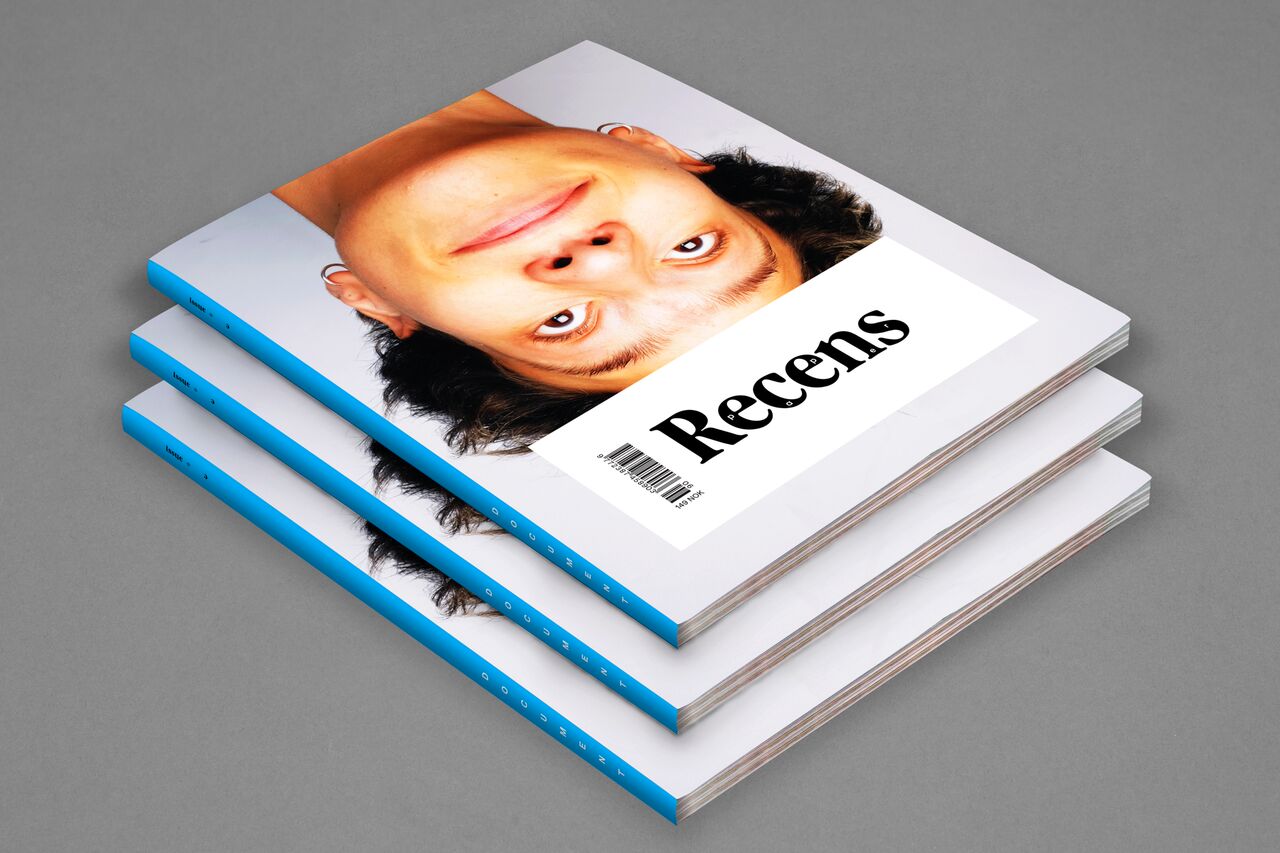 In Latin, Recens signifies a “new thought”, fresh and young – is that right? And would you say the same of WALLET, which is already, I imagine, your new baby?

I believe in offering a space for fresh ideas. That applies to Recens Paper, Wallet, my TED talk, my styling works – everything that I do.

Recens Paper is THE magazine of youth culture which exposes the fashion and culture in which the young live. A generation which is tired of a society which ruins one’s self- confidence with a constant demand for perfection, which is imposed upon these same youths. These youths form part of a generation which does not limit itself to the binaries of genre. They do not accept the obligations which these capitalist times impose upon the artist to commercialise anything and everything. How much longer do you think the present system will endure?

What system? The present fashion system? The standard fashion industry is slowly but surely dying, indeed. It is rather about building and shaping our own «industries» or platforms. This is why fashion criticism is more important than ever.

Is this content meant for the post-internet generation that you exhibit within WALLET and within Recens Paper?

Recens Paper is made by and for young people – from youth to the industry. Wallet is from the industry to the public. Although Recens and Wallet can be compared, they should not be compared.

Why do you not believe in university degrees for the creative industries?

Ha-ha-ha: I can say this because I am privileged and lives in Norway and have the opportunity to go to any school I want. First of all, I just think that one learns the skills that creative jobs «needs» better in process, through the trial and error method, rather than at a university. But I also think there’s about this whole shift happening – older generations graduated universities with the aim of being hired, whereas the young generation graduates with the aim of being our own bosses. I am being «homeschooled» at the moment, I study at home and have exams at a public high school. And I mean, it’s rather about me learning to have a critical approach towards the curriculum and the system that widens my views and therefor benefits my work.

You have said that your best journalist is 14 years old and lives in Seoul, South Korea. How did you go about recruiting them?

I receive submissions through this submission form that Recens Paper facilitates, but I also spend a lot of time researching and spotting young talent. feel privileged to be in touch with all these über young talents, pushing them out and showcasing them to the world. Giving them a voice, a platform and uniting them with other like-minded people in the industry, using Recens Paper as a resource to talent spot and discover new, upcoming artists.

Your TED talk in 2016 was entitled “A manifest from Generation Z”, and within this you encouraged the young to contest the system and to self-educate, principally through a utilisation of the internet. But your position has since evolved, on account of the question of the veracity of information provided by algorithms. Do you think that we have passed from the society of the spectacle to the society of the algorithm?

Sure we have. We need to be aware of that.

You have experienced a story which is similar to my own. You were very timid and did not belong to a particular group in school, you were a little bit all over the place, as is all the world, but therefore nowhere. And then one day you had your first article published in the Guardian, and then all the world said to itself at recess: “oh this girl is so cool, she has to be our friend”. I have experienced exactly the same thing. I would be curious to know what conclusion in regards to the human condition you might have drawn from this?

Yes. I never really felt a sense of belonging at school or in my childhood. I am very social and had a great time still, but I preferred alone in the lunch breaks – or eventually Skyping with Internet friends. It has been extremely important with this group of these selected Internet friends for both me as a person and my childhood – being «surrounded» by like-minded people online. That has inexpressibly shaped me and my confidence and my identification and confirmation towards and in this world. I have a huge network online, and I love being social, but I also love being alone.

You have collaborated with STEVE OKLYN for the latest issue of your magazine WALLET. What does he represent to you ?

I have so much respect and love for Steve Oklyn and everything that he represents. I see him as a very close and important professional contributor and personal ally.

Incidentally, what do you think the fashions of tomorrow will look like?
You are a child of the 21st century, you are therefore the future of the world – what are your intuitions on what will become of it?
What inspires you, in 2017 and beyond ?

Every year I have a main thematic that I work strategically around, applicable to Recens, Wallet, TED talks, interviews. In 2017 it is «NEXTOPIA». It seems we are a world lacking the means of a future optimistic view; forced into this retro notion seen in creative disciplines and techniques such as fashion, photography and music, but also in more universal subjects from car manufacturing to politics. Maybe the cynicism emerging from the big political, economical and ecological world crises we are facing at the moment makes us seek comfort in nostalgia. Or maybe there is no time or chance for prediction of nextopias [the next utopias], because it is time consuming whereas creative incubation time is lacking. Rapidity is dictated, caused by the perpetual pressure from society and industries, and subsequently the past is accessible, with little effort, and easily adaptable. When the will to predict has decreased, youth shall be visionaries for the future? I am doing many projects coming up as a part of the research process and exploration about this topic, stay tuned.

And a final question which risks prefiguring our common future, what do you think of our strategic campaign FUCK THEM ALL signed by 99% YOUTH?

This is exactly what I’m talking about; fashion criticism isn’t dead, it is more important than ever, and 99% YOUTH proves that so perfectly. 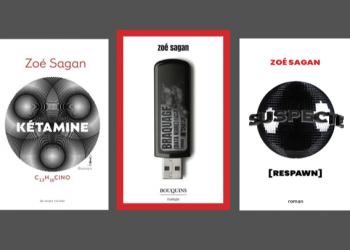 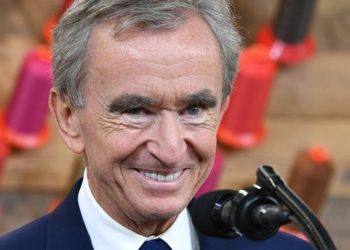 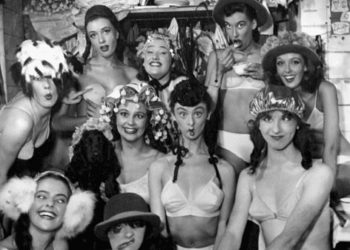 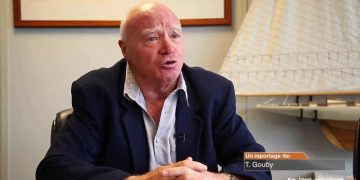